On Saturday 4/20, I completed my first road race: Copperopolis “The Paris-Rubaix of California.” The day was perfect in terms of weather (72 degrees and clear skies) and astonishing views. Since the organizer’s flyers specified that we should carry a pump and a tube, I decided to race with my saddle bag, pump and two water bottles, which made the bike heavier and made me regret it on every climb because they did have a SAG sweeping the race, AND they had a neutral feeding zone where they were handing out water bottles to whomever needed one. It made sense why almost everyone else was keeping their bikes with little to no accessories. I know… that is the price of being a rookie!

It was 3 laps of a 21.5 mile loop with 1,500ft of climbing divided in one major climb and some rollers. The road conditions were awful! I don’t recall riding such a bumpy road ever in my life. On the descends, my hands and feet would get numb due to the vibrations and I was afraid my bike would start to fall apart.

Since the beginning, the field of 6 riders started going fast, which caused the first rider being drop within 3 miles into the race. That left me in a difficult position: there were two pairs of riders and myself with no other teammate. It meant I had to respond to every move without spending too much energy. There was one rider that would go hard on the climbs, then sit in the back while his friend/teammate would push the downhills. We managed to stay together in until the end of the second lap; then, at the last downhill one rider of each pair broke away on the descend which forced me to chase and pull the other two riders with me. I brought the group back but then on long climb, the two riders broke away again. At that point I knew I had to climb at my own pace because I was close to blow up. I let the two riders go; however, my pace was hard enough that I was able to ride off my wheel the other cyclists. I managed to catch one rider and maintain a pace on the rollers that made him blow up. When I hit the 1 Km sign, I knew the race was over: I could not contest for 1st place, but if I kept my pace, I had enough of a gap to secure 2nd place!

This was my first time stepping on the podium! 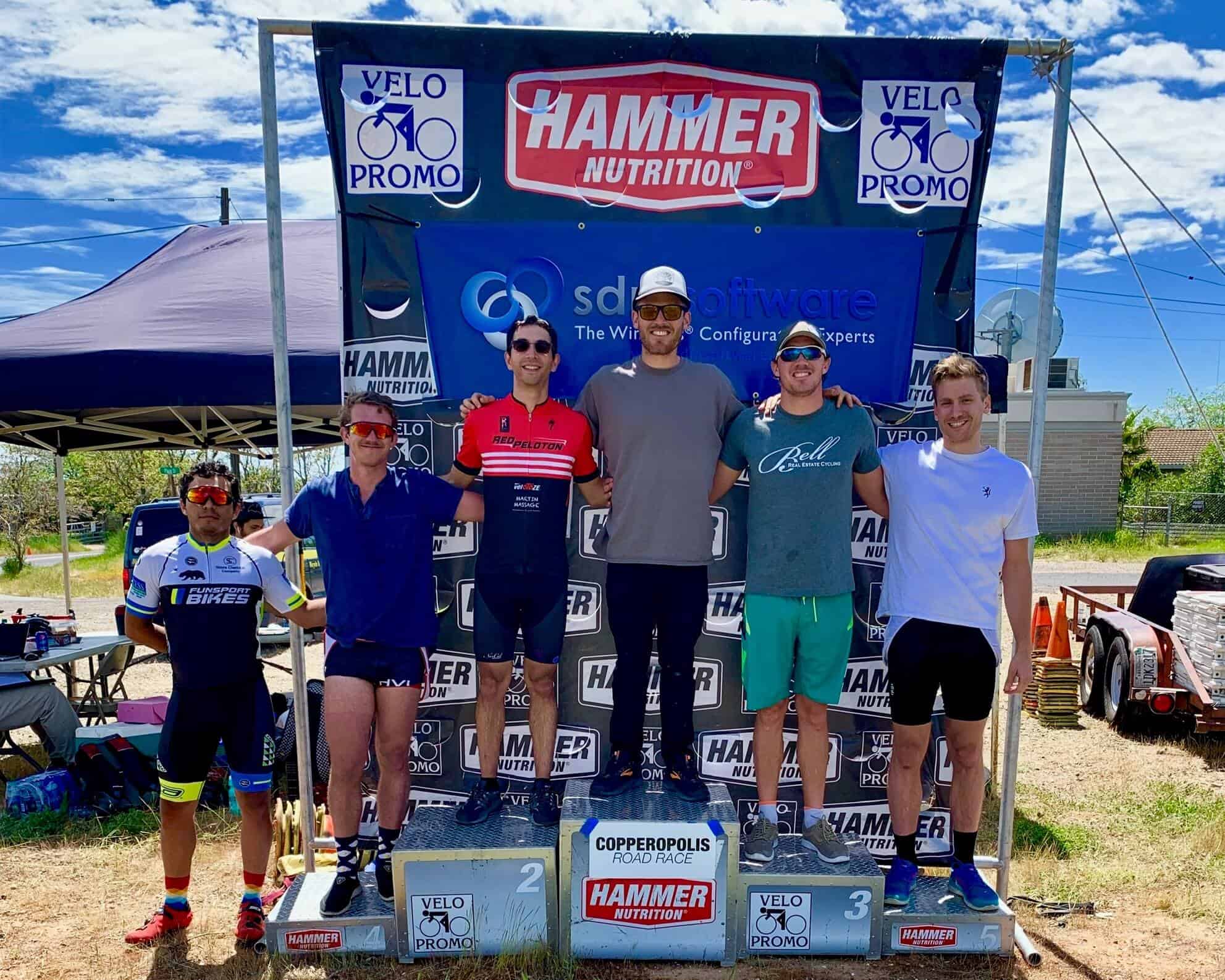