Starting this winter, I decided to get my hands and feet dirty (figuratively and literally) with cyclocross and gravel riding. What a better opportunity that the Grasshopper Low Gap: it is only 43 miles, 50% percent of which is on pavement, and 5,600 ft of climbing. I was very excited to be riding with my teammates on my first gravel adventure, and I was very fortunate to have their guidance through the whole process. We even organized a tubeless party, they helped choose the best tire set up and get my bike ready for the event.

On the first half (on the pavement), I felt like this was going to be a hilly winter ride like many others I have done, but as soon as I hit the mud… that’s when I realized it would be epic and very, very hard ride!

I have never ridden in the mud, and I didn’t know how much energy it takes to just keep the cranks turning and not fall down. I had a hard time drinking or eating while staying upright so I had to stop several times to have a bite and a drink before continuing grinding in the mud.

2 miles to the summit of the last climb, I heard a familiar voice: it was Cole charging through the mud and despite his encouraging words, I could not hold on to his wheel and I had to keep grinding at my own pace. I stopped at the Sport Basements tent (half a mile away from the summit), at this point Rudy caught up with me and we continued riding together for a while.

Once we reached the summit, we had a 9 mile descend on fire roads, I don’t know if it was because I wanted to be done already, or how tired I was, but I started descending as fast as I could, following another rider’s wheel. I was feeling confident and I could already imagine cleaning myself up and heading to the food truck, when suddenly, I go over my handlebars on a steep section with a lot of mud holes. Rudy, who was going down behind me, found me laying on the ground and my bike on the other side of the trail. He helped me check that I was OK and that I didn’t have any injuries, then we checked my bike and continued to descend. The benefits of falling in the mud is that I had a very soft landing, no road rash, no broken helmet, no ripped kit, just my ego and confidence got bruised.

I caught two riders and they jumped on my wheel, when we were 300m away from the finish line, one of them starts sprinting to go around me so I had to put my head down and go as hard as I could to stay in the front of the three men group. Afterwards, the best part of all: hanging out with friends and eating our burritos with beer, which always taste better after a hard day of riding.

So I decided that I’d jump on the “Hopper” bandwagon and go do one this year. After looking through the available selections, the Low Gap hopper was the shortest and climbed the least; perfect I thought! As a self-reflective person, I’ve always said, know your strengths and play to those! That is really why Crits, Cross and Gravity racing (1 hour or less) has always been good to me. I decided to get out of my comfort zone a bit and go with the team and do something a little longer. This sounds good from a character building stand point, but after coming through the Christmas and New Years break with Influenza B, Pneumonia, and a drug reaction hive outbreak from head to toe, I was in no shape to go do a 40+ mile 5K+ climbing race. I spun a few days and got in a few lunch rides. Ready as I’d ever be….
So it started off fairly mellow. I knew I had to conserve energy as this was the most climbing i’ve ever done in one sitting. I climbed mid pack at 6 mph for what seemed like FOREVER. I am not used to being the in middle of a huge endless pack of people snaking my way up mountains. I was feeling okay, except I couldn’t get my heart rate down. I passed a few people I knew, but again made sure to just put it in my low gear and spun. The climb was like 45 minutes, which at the time felt descent, but i’ve never been up Orr springs road before. The decent was a breeze. I was able to recover, get my heart rate down and also pass a crap ton of people. At this point I was still “having Fun”. By the time we got to the feed station and started the dirt, I was 1:40:00 in. Not too bad.
The dirt, or should I say super slick peanut butter mud was bad, even for an old gravity racer. Rudy and I met up at the feed station, refueled and got back underway. 30 seconds into the mud, Rudy flatted. I waited/helped him with the flat. In all, it was about a 10 minute delay. I was really uncomfortable not continuing on. I told Rudy I’d help him, but the whole time, people who I just passed on the descent where all now passing me back. This is definitely out of my comfort zone. I am usually hidden in the pack awaiting a sprint finish or blasting through the course as fast I as I can. Once Rudy was aired up and ready to go, my adrenaline was pumping! I went way to hard to catch all the people, who in my mind “Should NOT be able to beat me”!! Had to swallow my pride on this section. The 11.85 mi climb took me 1:47:49. I was riding like a maniac on any downhill or mud bog. I passed a lot of people who opted to walk through the mud and puddles instead of actually ride. About 1.25 hours in the muscle cramps took hold. As per my usual, I try to ride through them. This works to a point. Physically, I had already been on the bike longer than any previous ride (I know I know, I should get out more! ). Mentally, I had the longest most intense session of self talk i’ve ever had. In my head, everyone I could see was a carrot and I had to beat them. I talked myself into pushing deeper than I’ve ever gone!
When the final feed station came into view, I almost cried. It was beautiful! Colton was there and let me know that I still had about a mile more before the descent. I was Pissed. Really pissed. I was done and ready to be off the bike. I got one last bottle full, knowing my cramps wouldn’t stop any time soon.
I remounted and somehow trudged at a whopping 4 mph to the final corner at the highest point. Time to get down the mountain so I could get some tacos and STOP riding my bike!!! Being a savvy Downhill rider, I once again had small kick of renewed adrenaline. Out of the 350+ people who rode the hopper, I was 36th fastest coming down the mountain……2nd only to Javi from our team. I wanted to be done, and I had to keep pedaling to prevent my legs from completely locking up!
With a final time of 3:54:06, I was 41/96 in my age bracket and 5th from our team. Considering my utter lack of fitness and historic lack of 3+ hour rides, I guess I did okay.
It wasn’t until probably Wednesday, before I stopped saying “i am not sure why I did that, and I didn’t have much fun.” Today is Thursday and I had a decent lunch ride, so I guess this was my kick off to the 2020 season (Thanks Rudy). Riding with a big group of friends and teammates, was the best part, descending and passing all the roadies was the next best part! All in all, I guess it was good. I am not sure how many more I’ll do, but it was fun.
Cole Rasmussen 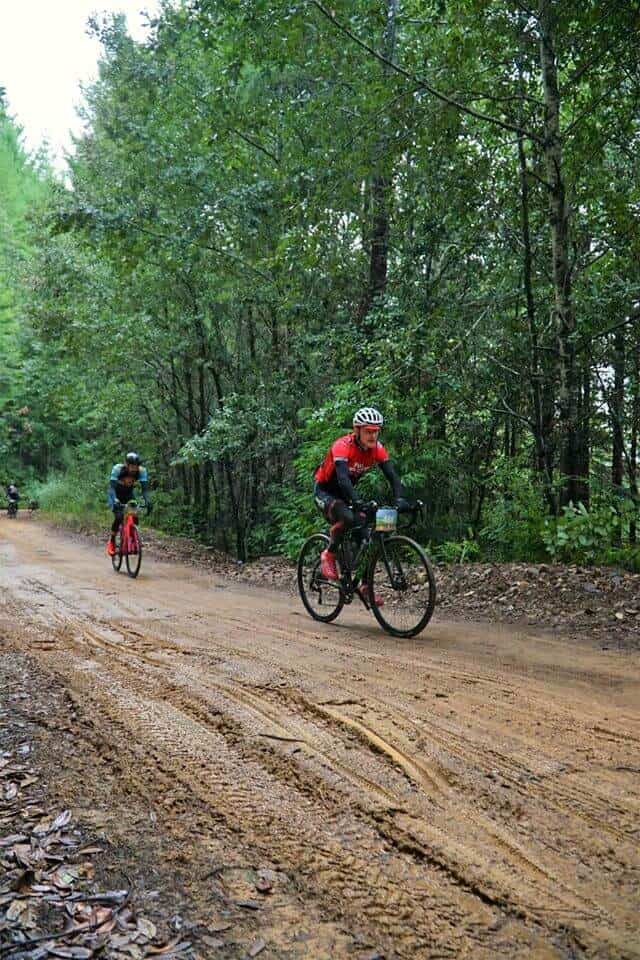